Can you keep up with the tech world?

New technologies surface at a rather accelerated pace and they come with a great deal of new terms and specs.

The literature about this large and rapid flux of new technologies gets written on the go, by various companies, media organizations and specialists. The novelty factor and terminology, the varied approaches and explanations make things a little confusing.

Take for example the different types of digital realities: Virtual Reality, Augmented Reality and Mixed Reality. Most people probably grasp these concepts, but things tend to get a bit iffy when it comes to specifics and usage. In this case, a less technical and more user oriented explanation is probably better. 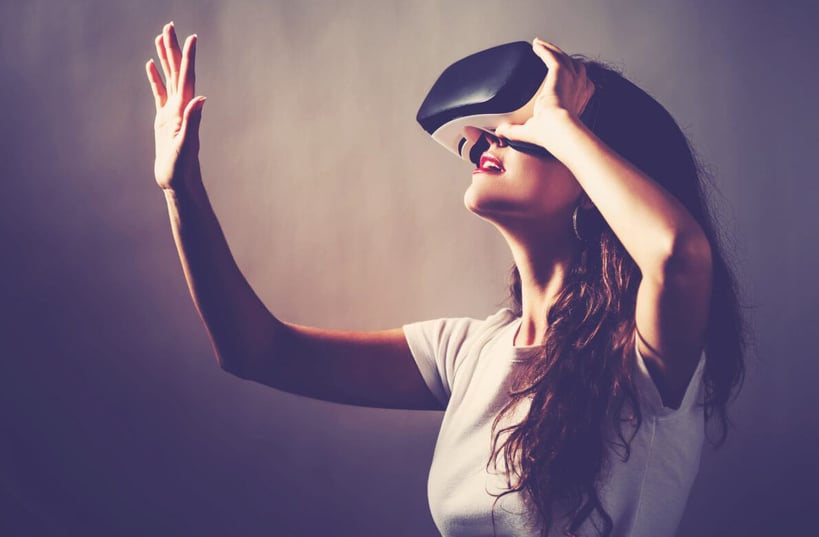 Simply put, Virtual Reality is a digital environment that people can access and explore by using special headsets and hardware.

There are different kinds of Virtual Reality experiences, but the base principle applies to all. Users equipped with VR headsets see a specially designed scenery and they can explore or interact with this environment in various ways.

Basically once you have your headset on, you get transported to another world or environment. The possibilities are endless, it can be a travel destination, a famous museum, a fantasy world, a sci-fi setting, or a moment in history. Actually, that's the beauty and enticement of Virtual Reality, you get the chance to explore places that you only imagined until now.

The content used to construct a virtual environment, can be either a fully computer generated medium, or a 360 filming of a real place. People interact with the virtual environment by using various controllers and dedicated hardware. The immersive feeling in VR is mostly created by using sight and sound, yet, in some cases, smell and tactile stimuli may be added as well.

The general public knows about Virtual Reality mostly in connection to the gaming industry, but also a lot of businesses have adopted this technology. As the cost for VR equipment is starting to subside, we may see this technology rise in popularity.

Augmented Reality is a technology that overlays computer generated content on a real world environment.

Most AR applications run on smartphones, tablets, special headsets and other types of displays. Using these devices, people can see and interact with various types of digital content that is shown in the surrounding environment.

To better grasp the concept, imagine a real room, an empty one. Using an augmented reality application, a virtual character can be placed in this room. For the naked eye the room is still empty, but once you use a pair of AR glasses, or other AR hardware, you can see the virtual character and even interact with it.

The difference between VR and AR is that virtual reality uses a totally artificial environment, whereas Augmented Reality overlays digital content on the existing environment.

AR technology hasn't made a huge impact on the general public until now. There are, of course, some notable exceptions like the Pokémon Go game or the Snapchat application. Not the same thing can be said about the business sector, as Augmented Reality is successfully used in a lot of areas: commerce and marketing, architecture, museums and theme parks, visitor centers, education and training, industrial design, entertainment and tourism, the medical field.

Enticing applications, better and cheaper dedicated hardware, may bring this technology closer to the masses. 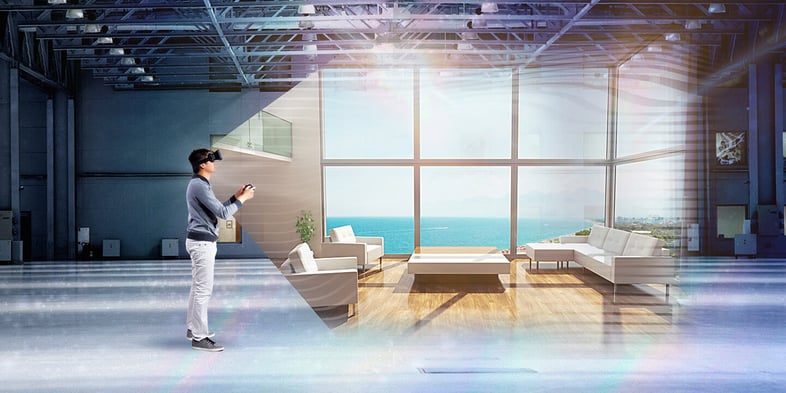 This is the point where things get a bit unclear. Mixed Reality has seen some debates over the years. Some people say there is no distinction between augmented and mixed reality, others say they are different.

The least confusing definition of Mixed Reality would be: the merging of real and virtual environments, to produce new environments, a place where physical and digital objects coexist in real time.

Let's try to make things even less confusing. Imagine a real room with a wooden desk and a chair in it. Let's say we design some digital walls that look like old castle walls, a medieval throne and a stone table. We place these virtual elements in the room, overlying them on the real objects. Using a special headset, we'll see that our room has changed. Instead of the real walls we have medieval walls, instead of a normal chair there is a throne and instead of the wood table we see a stone one.

Mixed Reality uses our real environment, but the environment can be significantly transformed by adding digital objects that are anchored to the real ones.

The difference between Mixed Reality and Virtual Reality is that MR uses a real environment and overlays digital content on the physical world, whereas VR is fully digital environment.

The debate about the differences between AR and MR will carry on in the future. Most likely these technologies will either develop very distinct characteristics, or the most commercially used term will stick and the other one will fade away.

Mixed Reality clearly has potential, both for home users and businesses, but truthfully, it is still somewhat in the development phase.

Inowize is a creative laboratory on a mission to amaze, thrill and entertain. Backed up by more than 11 years of experience, we engineer astonishing experiences by combining brilliant concepts with interactive technologies and stunning digital content.