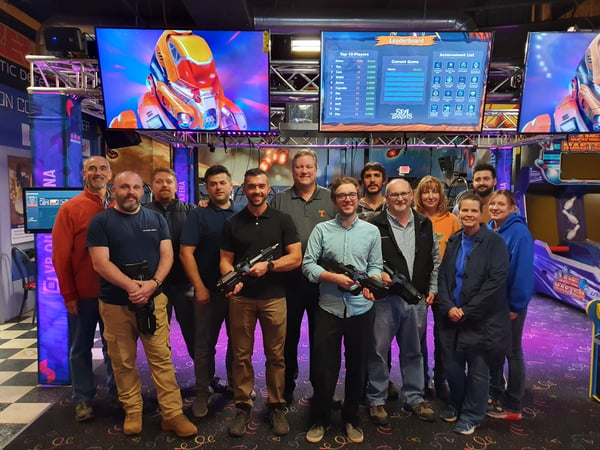 Amusement Products and Inowize will work together on distributing VR solutions to family entertainment centers throughout North America.

As an exclusive distributor, Amusement Products will be responsible for consultancy, installation and technical support for the VR Quest Arena. They will offer customers Inowize’s location-based VR system, a premium turnkey solution that is highly optimized and profitable for FEC operations.

"With over 58 years of designing, manufacturing, and supplying spectacular attractions (...) we know a winner when we see one."

“When Inowize approached Amusement Products, I was very impressed with their VR QUEST attraction. They not only created 4 new games with tremendous graphics, but they had also created the first 6-player VR arena. With over 58 years of designing, manufacturing, and supplying spectacular attractions for parks and FEC’s here in the USA, we know a winner when we see one.” says Dutch Magrath III, the President of Amusement Products, LLC.

Inowize is present in the industry for over 11 years and has worked on more than 1000 projects, designing custom interactive/VR/AR solutions. The VR Quest is their biggest project and has pushed forward the standards in location-based VR attractions.

"Our partnership will reinforce our commitment to provide remarkable entertainment solutions for FECs."

“VR Quest Arena is our biggest undertaking and our greatest project so far. We strive to develop truly amazing entertainment solutions for FECs, attractions that are optimized for business and profitable for owners, but also very fun, engaging and competitive for guests. Amusement Products and Inowize share the same goals and ideals. Most certainly our partnership will reinforce our commitment to provide remarkable entertainment solutions and will expand the use of VR attractions in FECs. We are continuously learning from the industry, listening to FEC owners, and improving our products according to their needs.” says Claudia Mihalache, Managing Director and Co-Founder at Inowize.

What makes our VR Arena unique

VR Quest Arena is the only location-based VR gaming platform that comes in two versions: a 4-player and a 6-player system, the latter occupies just a 14’ x 19’ area, which has a smaller footprint than most 4-player systems. The 6-player arena increases the number of players per game, which boosts potential ticket sales by 50% per game. The variety of VR games (team-based, player vs player, racing), and the stunning graphics truly attract and amaze FEC guests.

VR Quest Arena has already been installed in 6 locations in the United States, the latest one being at Altitude 1291 in Oklahoma. 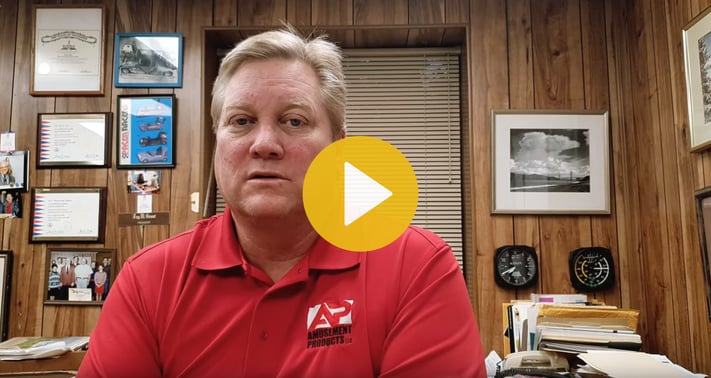 This year, Inowize and Amusement Products are displaying two arenas at the IAAPA trade show in Orlando: a 4-player system in Inowize’s booth #E7501, and a 6-player system in AP’s booth #4806. This will give FEC owners a clear picture of the advantages of both VR arenas.

"We'll be displaying two arenas in Orlando, a 4-player and a 6-player one so that FECs owners get a clearer picture of what the VR arena can offer."

This year's event will take place between November 19 - 22 (trade show) in Orlando, USA, click here for more information. The team is looking forward to meet their visitors there. Click below to set a meeting with us.

We are a creative laboratory on a mission to amaze!

Backed up by more than 11 years of experience, we offer consultancy and customized solutions for location-based entertainment centers.